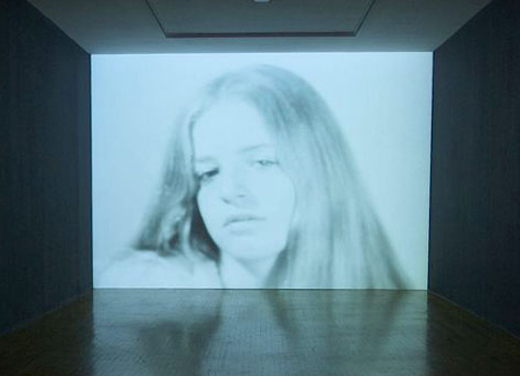 “Screen Tests,” this four-minute 16-millimeter film portraits of famous, semi-famous and unknown subjects. Projected wall-size here is the nearly static image of a young woman named Robin, who sat for her film portrait in 1965. She was not a celebrity, but there seems no reason to think she could not have been another superstar had she been more self-assertive. 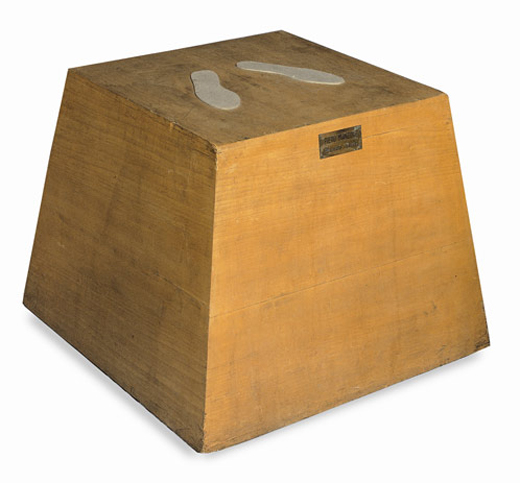 A pedestal called “Magic Base — Living Sculpture” (1961) by Piero Manzoni invites people to step up on it and exhibit themselves as works of live art. 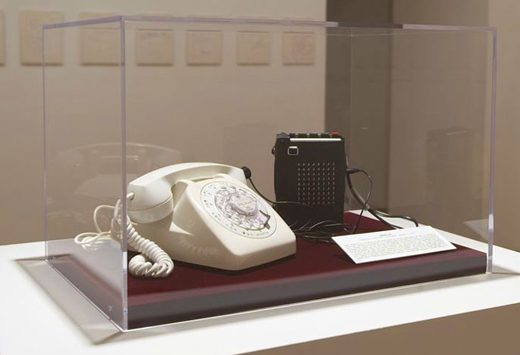 Chris Burden’s performances from the early ’70s did much to shift attention from things artists make to the artist as a quasi celebrity. Here three of Mr. Burden’s actions are memorialized in reliquarylike plexiglass boxes, with mementos resting on purple velvet cushions. One offers only a printed card stating: “I disappeared for three days without prior notice to anyone. On these three days my whereabouts were unknown.” I want to say as I write this, “Well, no one knows where I am right now,” but then I am not the object of a personality cult. 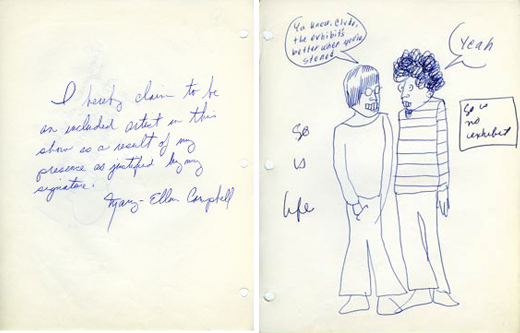 Adrian Piper’s contribution to “Information,” the influential exhibition of Conceptual art at the Museum of Modern Art in 1971, was a binder full of blank pages on which visitors were asked to write or draw whatever they liked. A selection of those sheets is displayed around the walls of one gallery. They included political commentaries, feeble japes like “You are all under arrest” and crude cartoons. The most incisive is a drawing of two people, one saying to the other, “You know Clyde, this exhibit’s better when you’re stoned.”

Compilation of  YouTube clips of girls and young women singing “Gotta Go My Own Way” from the movie “High School Musical 2,” on the one hand, and men singing the Frank Sinatra chestnut “My Way” on the other. 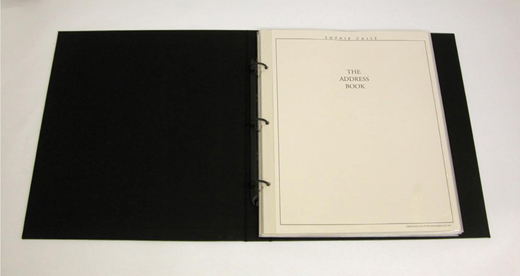 The Address Book
2009. A portfolio of prints: 28 pages, each with text and photographs

In 1983, Calle produced her most controversial work of art, Address Book. She had found an address book in the street, photocopied it and sent the original back to its owner. She then visited and interviewed the people listed, in order to build up a profile of its owner from their descriptions and anecdotes. The results were published in Liberation. At around the same time Calle herself became the willing subject of such investigations. In 1981 at Calle’s request, her mother hired a private detective to follow her daughter, photograph her in secret and record her every movement. It was, in Calle’s words, an attempt ‘to provide photographic evidence of my own existence’.