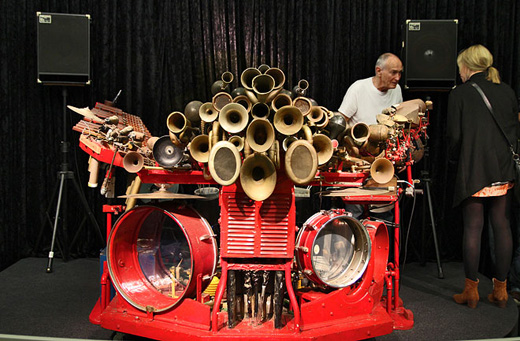 Exploring this set of composite ontologies and considerations, the exhibition will be held in various locations and places, and will include new works by more than 100 artists from around the world. In some cases, these will be presented as parts of projects with other artists, agents, or persons active in cultural fields including science and literature. 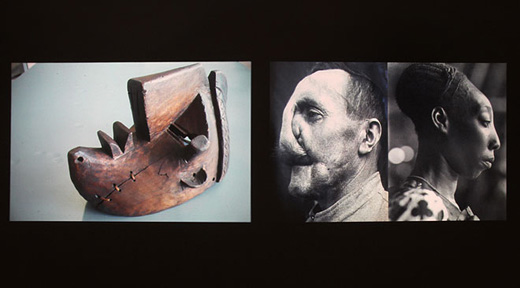 The Repair from Occident to Extra-Occidental Cultures. 2012
Installation
Detail of slide show 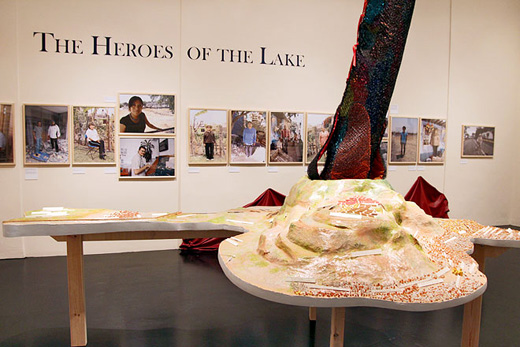 The artist traces the history of struggles around the Lake Chalco in Mexico City.
The lake, a testimony to the country’s problematic colonial history, has been drained of almost all its water and groundwater supplies, leaving the local community in the Xico region facing an environmental disaster. 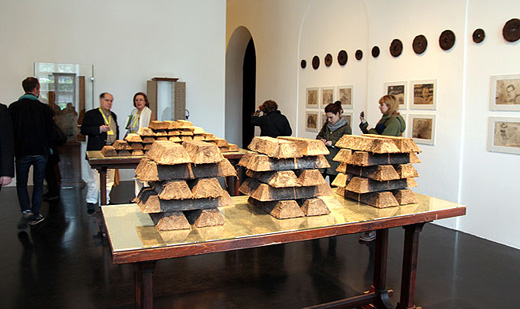 Soil-erg. 2012
Compost and other organic materials

The artist proposes a new system of value based on living soil, a form of currency that anyone can make by composting. 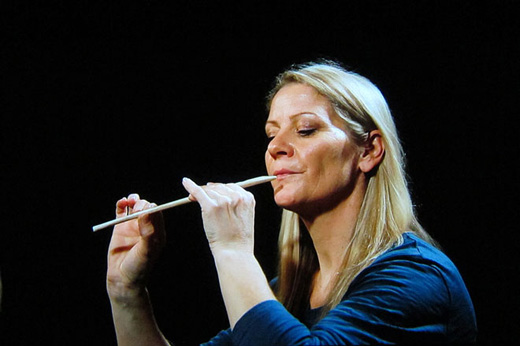 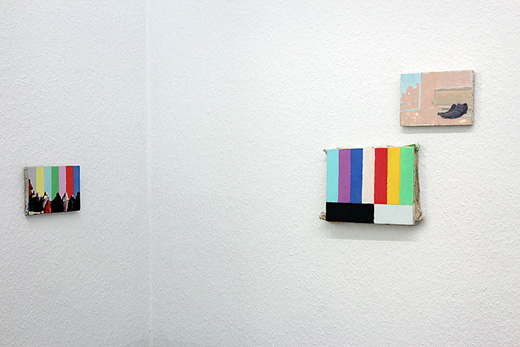 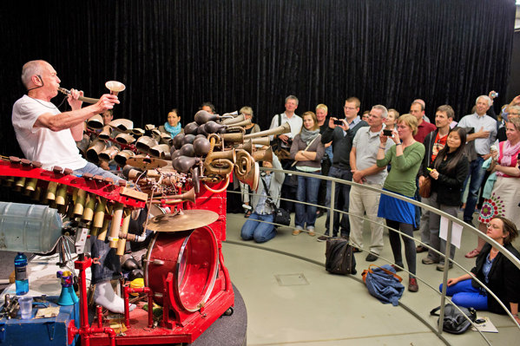 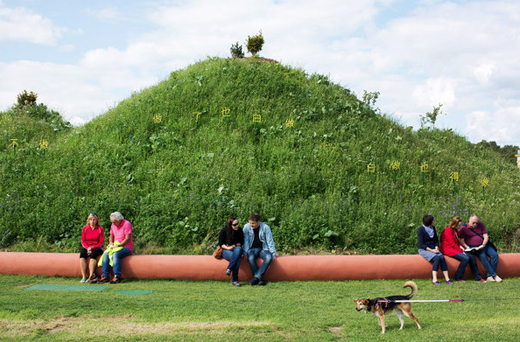 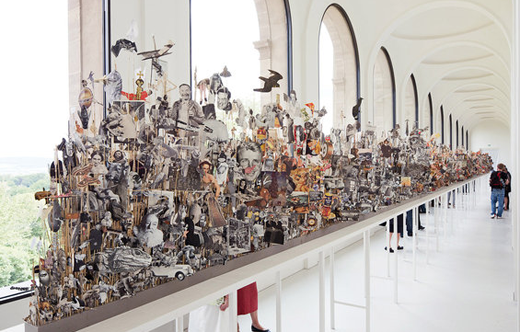