The title of the 54th Exhibition, ILLUMInations literally draws attention to the importance of such developments in a globalised world. I am particularly interested in the eagerness of many contemporary artists to establish an intense dialogue with the viewer, and to challenge the conventions through which contemporary art is viewed.

The term ‘nations’ in ILLUMInations applies metaphorically to recent developments in the arts all over the world, where overlapping groups form collectives of people representing a wide variety of smaller, more local activities and mentalities.

Cindy Sherman’s Untitled Film Stills (1977–80) have been canonized as a hallmark of postmodernist art, which frequently utilized mass-media codes and techniques of representation in order to comment on contemporary society. In this series of 69 black-and-white photographs, Sherman posed herself in various melodramatic guises that recall the stereotypical feminine characters presented in 8 x 10 publicity stills for B-grade movies from the 1950s and 1960s. The personae she created range from ingenue lost in the big city to martini-wielding party girl to jilted lover to hausfrau. Untitled Film Still, #15 depicts the tough girl with a heart of gold.

Contrary to the media images they appropriate, which may require a transparent sense of realism to sell an illusion, Sherman’s stills have an artifice that is heightened by the often visible camera cord, slightly eccentric props, unusual camera angles, and by the fact that each image includes the artist, rather than a recognizable actress or model. 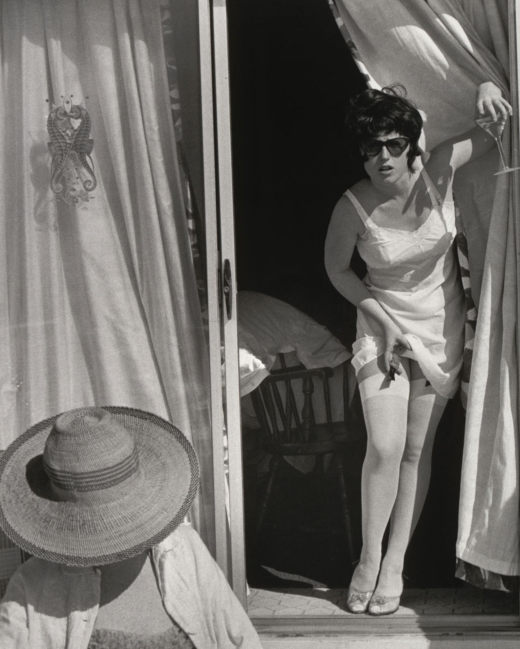 In the early 1980s Sherman continued to explore stereotypes of femininity and female representation found in popular culture, such as the centerfold format of pornographic magazines. She also began to use color in her work; her painterly sensibility is apparent in Untitled, #112 and subsequent photographs. Untitled, #112 is also one of the first images in which the artist portrays a more masculine identity. This gender ambiguity, along with the way the unusually lit figure emerges from the black background, yields an unsettling sensation. These effects become ominous and even frightening in later works in which Sherman portrays more disheveled and malign characters. 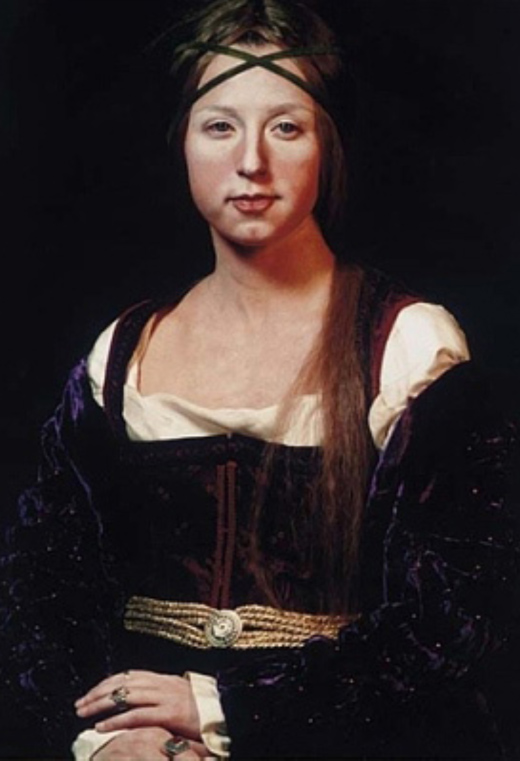 Untitled, #167 is from Sherman’s Disasters series, which directly investigates grotesque and disgusting subject matter. The sense of foreboding elicited by earlier works is more overt, suggesting the terror of horror films (a genre that significantly focuses on female victims). Untitled, #167 depicts the scene of a gruesome crime. Emerging from the dirt are the nose, lips, and red-painted fingertips of a blonde, apparently female, victim. 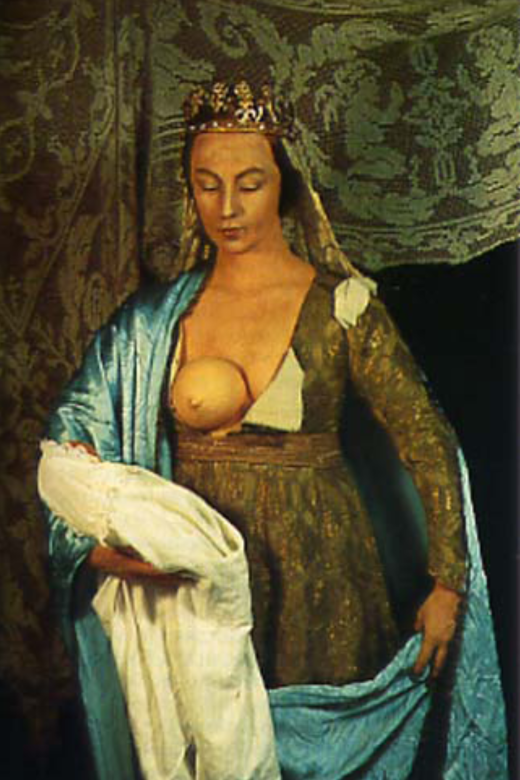 A discarded Polaroid photographic sheath suggests documentation (either by a police officer or perhaps the villain, whose reflection appears in an open makeup compact), and obliquely implicates the artist as photographic voyeur. The very darkness of the image and the reflectiveness of the photograph’s surface make it difficult for the viewer to scrutinize the scene. Untitled, #167 foreshadows Sherman’s use of prosthetic body parts in her later works, as well as the gradual elimination of her own likeness.

Sherman’s reputation was established early on with her Untitled Film Stills, a series of black-and-white photographs from the late 1970s in which the artist depicted herself dressed in the guises of clichéd B-movie heroines. In photograph after photograph, Sherman was ever present, and yet never really there—her ready adaptation of a range of personae highlighting the masquerade of identity. Her appropriation of the space on both sides of the lens destabilized the traditional opposition between artist and model, object and subject—one that had been theorized by film critics in terms of spectatorship and its gendered codes of looking. 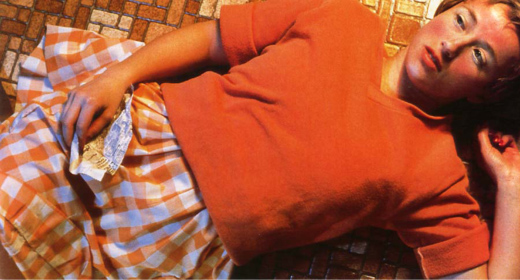 If the Untitled Film Stills elicited debate concerning the construction of woman-as-image, the photographs Sherman made throughout the mid-1980s served to perpetuate this discourse. Her Centerfolds (1981) and Fashion (1983–84) series elaborated the codes of what film theorist Laura Mulvey termed the “to-be-looked-at-ness” of female representation. Emulating the signifiers of the centerfold, the closely cropped photographs reveal a body that is available to the camera and bathed in a vivid light. Sherman’s choice of subject compounds the voyeuristic impression established in the works.

Feeling pigeonholed by the feminist discourse that surrounded her work, Sherman gradually dispensed with representations of the female, often removing herself from the picture and moving toward more fantastic and lurid imagery, as in her Fairy Tales and Disasters series from the mid- to late 1980s. The ever-increasing market for her photographs also prompted this turn, challenging her to attempt to create work that was “unsaleable” due to its visceral depictions of vomit, body parts, and grotesque fairy tales. Simultaneously, she instilled the works with a heightened sense of artifice created by garish colors and gaps that reveal the fiction behind the illusion.

The issue of sexuality and transcendence touches on a fundamental conflict in art in general because, beyond mere appearance, behind it hides the general question of the relationship between reality (life) and imagination (image). And so the relationship between form and vision becomes a crucial issue for any artist dealing with sexuality and transcendence.

Which direction is a particular work going for? Does it answer the challenge with a praise of distance (form/transcendence) or with a demonstration of intimacy (life/sexuality)? The answers to these questions are so varied because, in addition to the paradigms inherent in the theme, the concept of desire is of central importance here. The general idea is kept open, both in respect of a desire for an ideal mental clarity, intellectual penetration and clarified form, and in respect of a desire for an ideal of realism, emotional directness and dissolution of form. Something Janus-like clinging to desire means that the two poles of sexuality and transcendence can be reflected within each other. The desire for the two things, sexuality and transcendence, dominates our existence; it is the driving force behind our earthly performance and, especially for artists, the search for an appropriate form.